I went to DMZ this morning, was sitting on my own. To entertain myself, I started camwhoring. Since the DMZ was due to the Korean War, a sad event. As such, no smiling selcas.

Initially, i was tempted to go for the JSA(Joint Security Area), which was a small room whereby the North and the South leaders meet for negotiation. But JSA is not included in this package and is much much more pricey, to go to the JSA, i had to sign up for a different package tour that is 50k won more expensive. But some of my friends told me that it was just a small room, not much stuff, so being a budget student, i decided to just go for the cheaper tour package.

As ours does not involve JSA, we didnt have strict dressing code to adhere to. But as a precaution, we dressed appropriately.

We were told to bring passports for identification by the soldiers. To get to the Imjingak Park, we had to get past the security check. All the tour buses had to stop to let the solder board the bus and check everyone’s passport. No monkey business. And if we failed the passport check, the tour bus cannot gain entry into the Imjingak Park. Our tour guide kept telling us,’ oh they are very strict about it.’

At some areas, no photos were allowed. Only when our tour guide told us that photos are allowed, then we dared to take photos.

No free and easy option, only tour groups can enter the DMZ.

Basically, they built this park while hoping that unification would be possible in the future.

Only when i was back in my goshiwon, i had a feeling that he was just a South Korean soldier who went to DMZ with his parents. *sheepish*

Earlier on, Yiyi and I thought that he was a North Korean soldier so we hurried over to take photos with him. He was quite surprised by our eagerness and his parents were standing nearby him.

The more i think about it, the more hilarious i find it to be. I bet the mom must be thinking, ‘these girls must have mistaken him to be an NK soldier’.

Hmm, we didnt have much time to view the place properly and explore. It was just mad crazy running everywhere to snap photos.

Its a bridge whereby the South Koreans returned back to their homeland from North Korea.

Nothing much, but still picture worthy.

So what’s the 3rd Tunnel of Aggression all about?

When I entered the 3rd tunnel, everyone were envious of my height, I assume.

All those people who were taller than me had to bend when walking in the tunnel, only I didnt need to bend at all. And we were in it for at least 30minutes, so they had to bend down throughout.

When we came out, everyone were complaining of backaches except ME! Throughout my walk in the tunnel, I was secretly smiling to myself and suan-ing Julie and Jen.

Jen kept saying,’ Whoa Minjee, this tunnel is meant for you.’

When we walked to the end of the 3rd Tunnel, we could see the North Korea side, the soldiers patrolling and keeping guard. We peeked at the small hole. By the way, it was quite cold in the tunnel.

people waiting to sit on the mini train to go into the 3rd Tunnel. As ours weren’t the expensive package, we had to walk into the tunnel and walk back out again. Walking in was easy, walking out….i kept taking breaks. My stamina was not good at all.

a must take with the sculpture

it was quite interesting exploring the tunnel if you touch the rocks in the tunnel, they were coated with black powder. And there were many small holes in the tunnel, probably detonated dynamites or some explosive device.

Due to time constraint, we didnt have time to go for it ;(

the view of North Korea

the information board depicting the buildings you see in north Korea.

At this Dora Observatory, you get to see North Korea from afar. There are binoculars for you to use too! And if you want to take photos, you have to stand behind the line. Your tour guide will tell you.

imagine if it opens, next time people can travel to North Korea , and it will be a new world

After that, we went back in our tour bus, on the way we passed by the Unification Village. Our last stop was the Ginseng Center and after which we were dropped off at Hongdae.

Overall i enjoyed this DMZ trip. It was satisfying, ill give it a 4/5. I minus 1 star because, at the Imjingak, we didnt have enough time at all. And i missed the DMZ Theatre T_T

The tour guide’s English is understandable and she is rather experienced and knows her stuff.

Please note: THIS IS NOT A SPONSORED POST. I do not receive any money for writing this review.

After the DMZ half day tour,  Jen, Julie and I went to watch NANTA! cooking show.

It was much cheaper during Chuseok, which was a good thing for us since we weren’t travelling anywhere during Chuseok while most SEP people would travel. That’s because I didn’t plan properly >< so please plan your Chuseok holiday properly, don’t follow me in my footsteps.

Not saying NANTA wasn’t nice, it was damn nice and I enjoyed it loads!

But it would be better to go on holiday to a nearby country during Chuseok since when it was Chuseok, a lot of places weren’t open. It was like a ghost town near my goshiwon. Nothing to eat except Mcdonald, as all shops were closed.

Info on the performers

waiting for the show to start

after
Yes, the food flew everywhere, the stage was super dirty.

i wanted to take a photo with the information booth but there were too many people and my s3 camera had some problem, couldnt take nice shots 🙁

The show was extremely entertaining and very funny. The performers are able to engage the audience perfectly well. Love all their funny gestures, totally my frequency. I laughed so hard that Jen was telling Yuni that I had laughing fits. It is a must go!

Their acting and stunts were really good, juggling skills are perfect!

There are balcony seats that were cheaper and non-balcony seats were more expensive. The main difference, in my opinion, is that for non-balcony seats, if you are lucky, they may choose you to go on stage with them and you stand a chance to get a souvenir!

Other than that, if you are one who prefers to sit all the time and not go on stage at all, then go for the balcony seat. We were all seated at the balcony front row seats so I had an unobscured view. No more straining of necks^^

After our NANTA! cooking show, Jen and Julie went back to their dorms while i went to get some Chuseok food from Yuni. I was rather thick-skinned and asked Yuni if she could bring some Chuseok goodies as she went visiting during the Chuseok holiday, and she brought alot!!!

Thanks so much for the Chuseok goodies ^^

I felt so touched when Yuni told me that her mom went to buy additional Chuseok goodies for me. I felt very paiseh to mah fan her mother. But still, 너무 감동합니다. 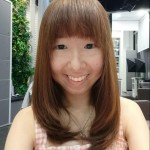 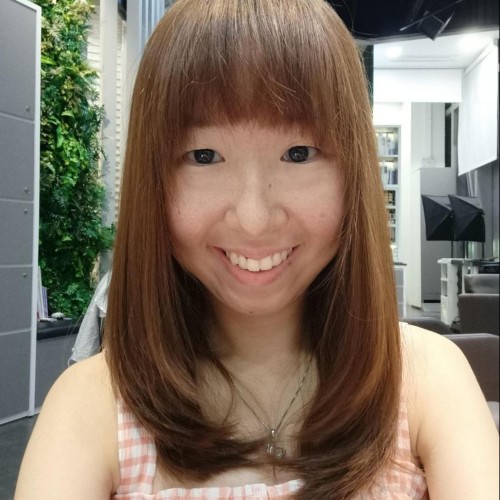