For those who have gone to bungee jump at Yuldong Park and is interested to try another one, there is one at Gapyeong, near Nami Island.

So I went for my Yuldong Park bungee jump with George and Grace. From Seo Hyeon station exit 2, we cabbed to the place. It was around 4500won. The taxi ride was less than 5 minutes. 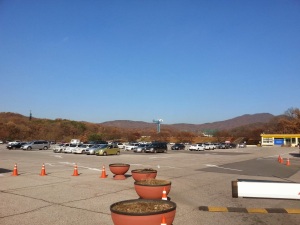 upon reaching, we could see the bungee jump tower distinctly. The taxi dropped us off at the car park.

Here we are at the Yuldong Park, Bungee Jump! 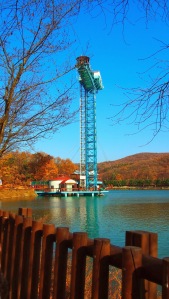 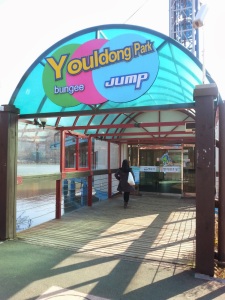 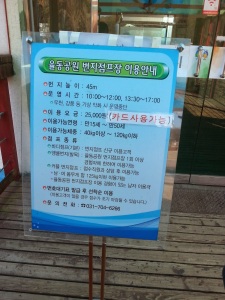 Unfortunately, i was not heavy enough, minimum weight is 40kg and i weighed less than 40kg even with all my winter clothes so I was unable to try it ;( 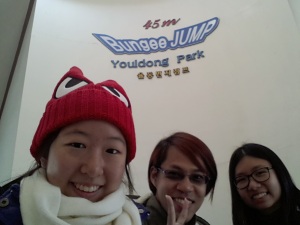 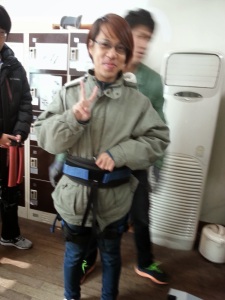 the staff helping George and Grace with their harness. Apparently, different bungee jump outlets have different safety measures. Some bungee jumping centres only tie a rope at their ankle while some have harnesses. I prefer the one with the harness as it gives me some reassurance that I won’t die. like what if the rope at your ankle snaps? then bye bye Liao *shudders* 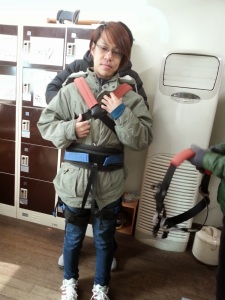 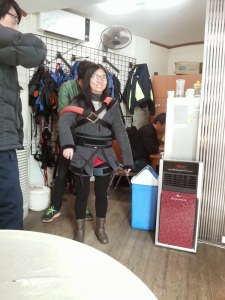 and off they went for their jump! 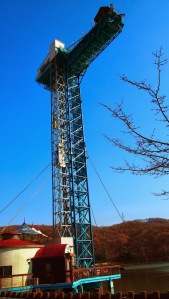 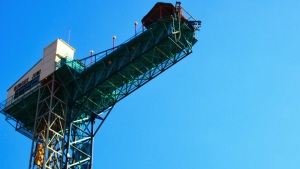 I wasn’t allowed to follow them so I can only watch them do their jump from a distance.
After that, we left  and on the way, we saw cute ducks quacking 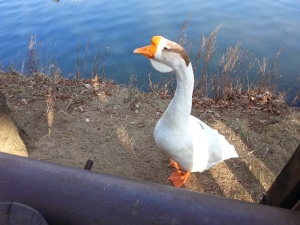 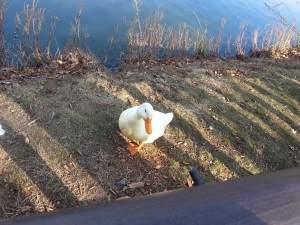 Rating: 5/5
According to my friends, it was a great experience! So do try bungee jumping when you go to Korea, it is a must-try! But if you want more kick, more thrill, go for Macau bungee jump! It is the highest in the world.
Yuldong Park Bungee Jump details:
The bungee jump cost 25000won.
Weight requirement: 40-120kg,
age:15-50 years old
Operating hours: 10.30am to 12 noon. 1.30-5pm.
for more information, please refer to the photo i have taken ( the one on the weight requirements)

Seohyeon station(Bundang Subway Line), Exit 2. From there you cab over OR take bus 15 or 15-1 and get off at Jangan Middle School. Then walk 700m forward to Yuldong Park!